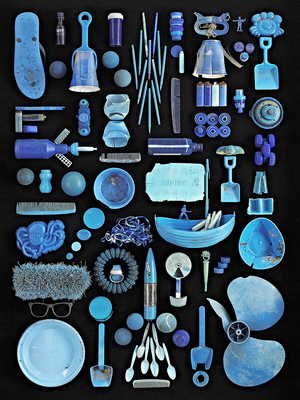 New York photographer Barry Rosenthal was featured in “Garbage In, Art Out,” by Stuart Miller in The New York Times’ Metropolitan Section on June 20, 2014. Barry has been collecting trash and disgarded items for years, found around New York and the region, from which he has created a stunningly dramatic and unique body of work, "Found in Nature." To read about Barry’s work and visit a gallery of his images:


In 2008, Barry and I, and the late distinguished American composer Leo Kraft, collaborated and premiered "Found in Nature: Music Visualizing a Photographer’s Compositions" at my NY recital American Images from the Piano: Neo-Classic to Nature 1946-2000. Images from Barry’s "Photobotanicus" series were digitally animated by David Tennet, and projected alongside my live performance of Leo Kraft’s solo piano piece for the work.


In addition to The New York Times feature, Barry’s "Blue Ocean” was the cover image for the January 2014 National Geographic Brazil Special Edition, ”LIXO” (TRASH). One of four artists inspired by trash and interviewed for the issue, the feature story highlights Barry’s Found in Nature series.