Australia's Waltzing Matilda is Back with Matilda Variations 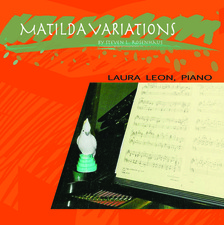 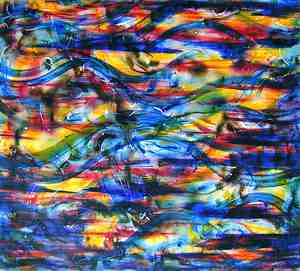 Australia’s beloved Waltzing Matilda is Back

Matilda Variations was just rereleased as a CD single, following its October 2010 rerecording. The song’s timeless sentiment and its unending appeal, along with this special piano work, was the inspiration for the new recording--a fresh take on the heart and soul of Waltzing Matilda.

Back in December 2000, I had commissioned New York composer Steven Rosenhaus to write a solo piano work based on Waltzing Matilda in tribute to Australia for a performance I was invited to give in March 2001 at the New York Australian Consulate-General.  What came forth--was Matilda Variations. It was an honor to premiere it at the Consulate, and since then, it has been a privilege to perform it for audiences near and far.

Steven Rosenhaus-who, within his broad compositional output, has composed several works based on folk songs and dances of countries--cleverly weaves Waltzing Matilda through an inventive series of classically-conceived variations, all the while holding steadfast to the timeless sentiment of the song and the spirit of Australia. He takes the song on a musical journey, with a cascade of subtly delightful references to a roster of composers that includes Bach, Mozart, Beethoven and Chopin, in settings that range from a waltz to a chorale, to a completely unexpected twist of a tango.

The cover art design is by the noted cartoonist and illustrator Karen Leon, featuring the photo an Australian ceramic cockatoo--kindly lent from the collection of Dr. Peter Green, Director of the Celiac Disease Center at Columbia University--alongside the Rosenhaus score on the Steinway, which I took informally during a recording session. Karen Leon is acclaimed for Sgt. Maximus and Company, her acclaimed cartoon strip which positively reflects on those who serve, featuring humorous exploration of today's military (SgtMaximusandcompany.com).

In 2009, the original recording was requested for the the Waltzing Matilda Archive collection in the Australian National Film and Sound Archive in Canberra. This rerecording joins the original.

”Who’ll come a – waltzing Matilda with me?”